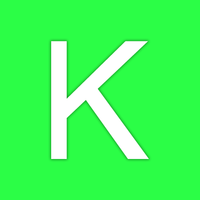 Where's the tank, the mechs, and the cars? I mean, you need one for each class.I mean, the covenant lacks a mech to ride on. They need a mech to ride on to which we fans have been dying for. The forerunners need their vehicles as well in order to balance things out. Have the forerunner's mech to levitate like magneto combine with mech-assault while shooting incineration homing cannons at people or vehicles. They should bring back the Halo CE scorpion has a classic tank. Also, bring back the Halo 2 Wraith as well since you can totally spam on the turret and the gun cannon.What's your opinion fans for the coming Halo 6? Should there be more crazy vehicles? I am still disappointed that there isn't any navy vehicles for the humans, covenant, and the forerunners in an epic ocean fight for warzone to fight on.Should Halo 6 have more crazy vehicles on air, land, and navy (ocean/space)?

Forerunner: The Armageddon (Flaming ship) and The Leviathan (Submarine)