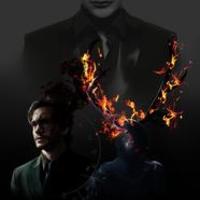 Gameplay footage from "Movement/LIT Movement" To keep things short. I was a bit sleep deprived late last night and upon getting stoned I had the sudden urge to edit halo. I thought it'd be fun to edit a short tage with this Eminem remix. It's not really a tage meant to be taken too seriously given the song/tone but some of the gameplay is pretty solid. I was just going for fun & slightly fast paced entertaining video overall. It was definitely a fun/classic song to edit with and I hope you guys enjoy.

Marshall Mathers always gets an upvote from me.  I liked the original version of the song much better, however this remix isn't so bad.  I think the syncing was well done here; it's probably the strongest part of the mintage.  The spinning BXR on Hustla on Lockout was my favorite clip in this video.  The RRXs for the double on Croney and Sheney was pretty tight as well.  Shoutotus to Movement for really increasing his skill at H2C since 2014 when MCC dropped.  I remember him as a primarily a  competitive H4 person,  so I'm not sure if Movement played H2 when it was originally on live; but I can easily see major improvement skill-wise over the lifespan of MCC.  And wow Empty that little THF outro was sexy AF, I'm going to have to steal that from you.   Nice little minitage dudes.